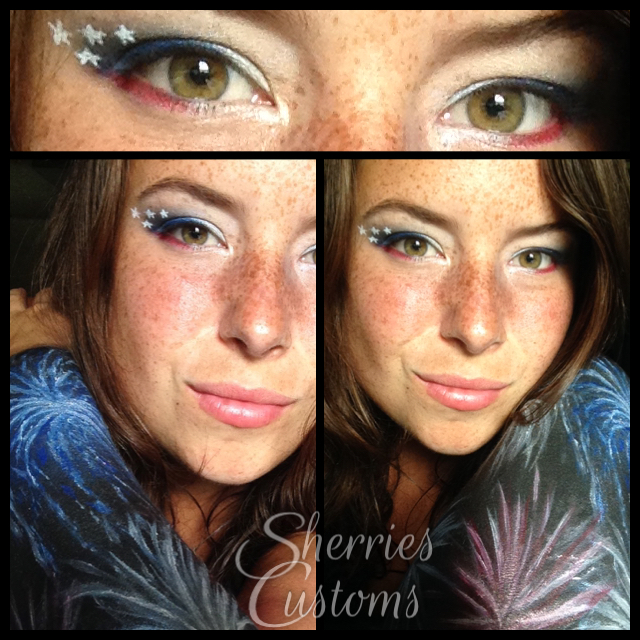 I wanted to mix things up this time and try doing a makeup on my arm. I originally only planned on making 3 fire works, but I was having so much fun.... So it  turned into a sleeve of fireworks. 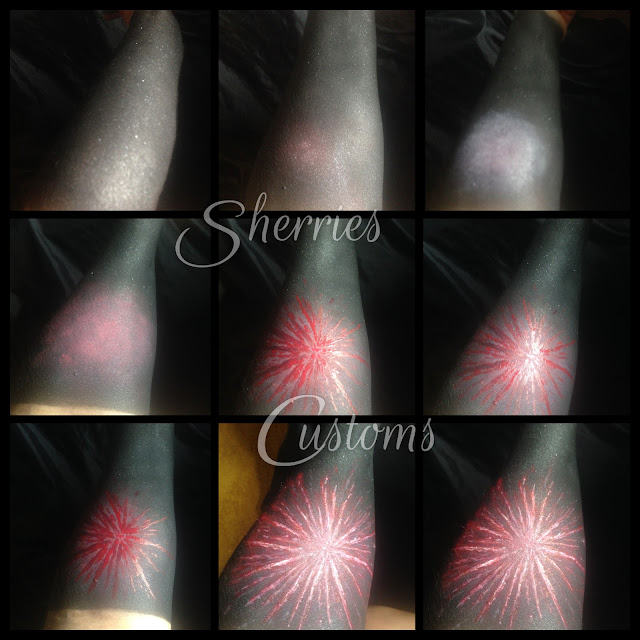 I applied Mehron Paradise Paint in black all over my arm. Then it was time for glitter. I used a  shimmery shadow and loose glitter to achieve the stary look I was going for in the sky.

I started the firework by sponging on Graftobian Pro Paint in White Swan, which I covered in NYX Red Head Eye shadow. I was going for a red hue behind the firework.

The next step was to add Wolfe Fx Red Paint from the Hydrocolor Essentials Palette. I just kept adding lines to make it look as much like a firework as possible. Then to add dimension I used the white again to highlight my lines and applied the NYX Red Head shadow over the white. I repeated that until I got the look I was going for.

When I was finally content with the red, I add white highlights like before, but this time I didn't cover them with eyeshadow.The final step was to add some glitter! I used a few different glitters to make the firework sparkle. 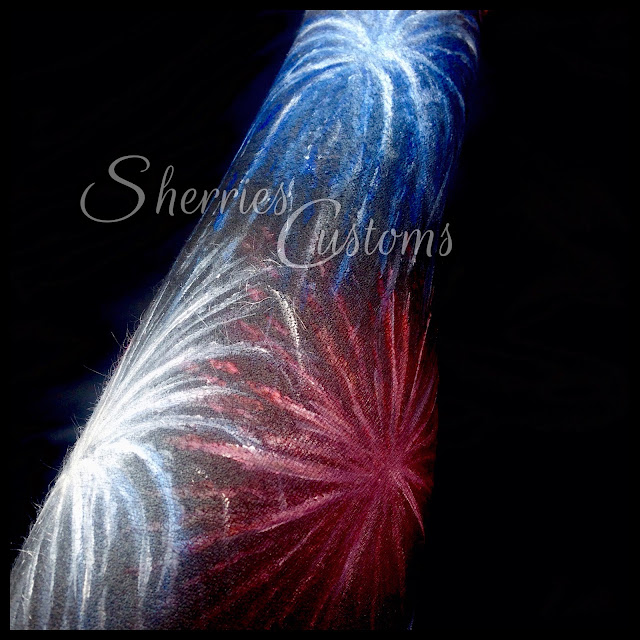 I continued to use those steps to create each fire work.

For the eyes I used 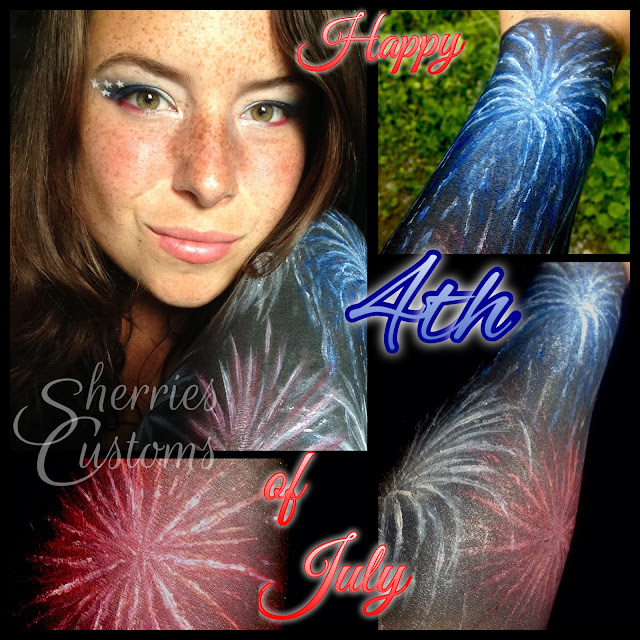 Thank you as always for checking out my blog. Hope you guys had a wonderful 4th of July! Here are more 4th of July themed posts

You can find Sherries Customs on ..... 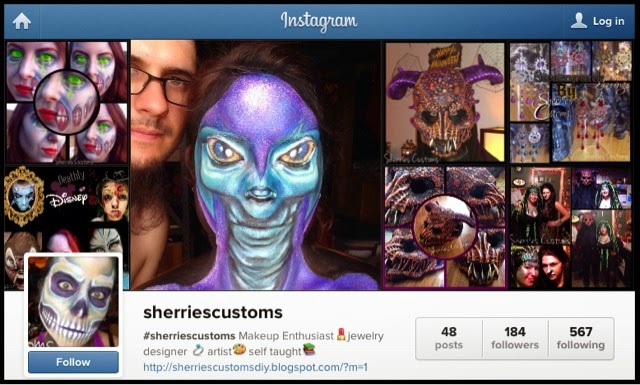 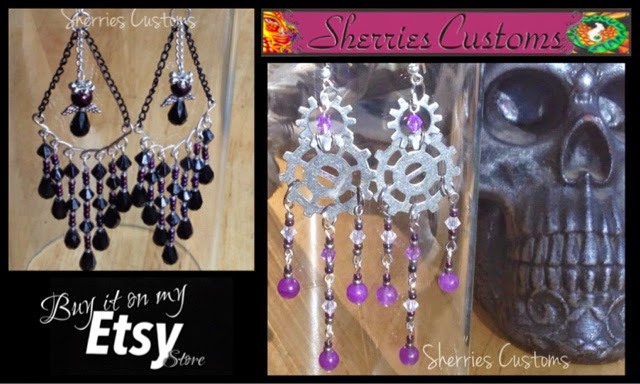 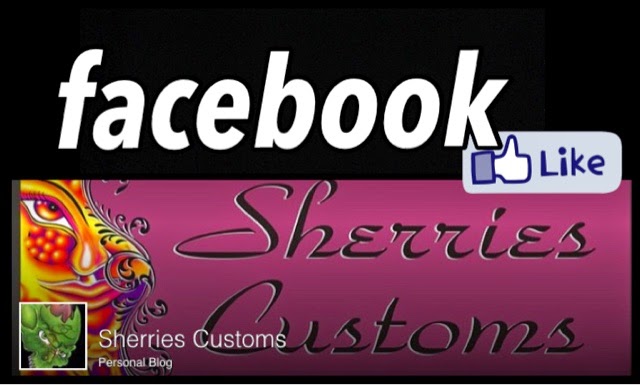 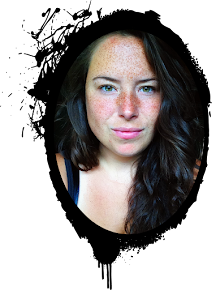